How to Tame Anti-Virus Software

For the last week or so, I have been trying to figure out an anti-virus software solution for my Mac.  Gone are the days when one could just assume that all the worms, viruses, trojans, or whatever were targeted at Windows machines.

Fortunately, there are a number of free anti-virus programs available for the Mac, and there are some for Windows as well.  It is easy to find various reviews of these programs by searching for “free antivirus software for mac”, but there are a lot of conflicting opinions about which one is best.  Reading the reviews, though, gives us an idea of where the different programs perform in different areas and which features to look for when shopping.

I tried Avast, but could not schedule it to run in the background.  Avira had promise, but after an hour or so, computer components became very hot and the fan kicked into overdrive.  I am now trying Sophos, but it appears there are two free Home versions.  The first one I installed would only allow me to run a full scan unless I created an online account with Sophos and managed my schedules through their online dashboard.  Anyone reading my posts knows that I’m a troglodyte and I don’t connect my computer to outside servers more than necessary.  I found Sophos Home Edition, version 9.2.2, which provides scheduling capability on my computer independent of Internet access. I don’t know which software I would recommend at this point, but if I come up with something definite, I will post it here.

What I am writing about today is the system load that a full scan places on a computer, especially when we are trying to use it for other things, and how to minimize the conflict.  I mentioned the extra heat and fan use with Avira; computers can become sluggish and take more time to respond when they are scanning files in the background.  Avira had a nice feature, a button I could click to pause a scan and then resume it later.  Sophos, and most others, only have a cancel button.  To complete the scan of the folder, or hard drive, I would have to start over.  Avast and Avira are recommended by some reviewers and may work for many users, they just didn’t seem best for my needs at this point in my search.

To moderate the impact on my system, I never run a full scan of my hard drive.  Instead I schedule several partial scans at different times.  Using the scheduler for my anti-virus software, I select each of the folders, or directories, beginning at the top level.  For a Mac the User name, for Windows the C: drive.  I then schedule the scan of each folder for a different day of the week, or a different time of day.  For those folders that have more items coming in from outside the computer, like my Downloads folder, I schedule my scan several times a day.  For my Music folder, one time per week.  Dropbox more often, Pictures infrequently since it only holds my screensaver images.

A scan of the entire hard drive can take from several hours to a few weeks, depending on the size of the drive – up to 5 and 6 terabytes – the number of files and folders it contains, and the capabilities of the software.  A full disk scan may not be something you can start when you head to bed and expect to be done when you come back in the morning.  A scan of an individual folder may take only a few minutes, or more.  In some programs, the scheduler also provides a Scan Now button, to immediately scan a particular folder if I have placed a file there that I am concerned about.  Another mark against Avira was, although you could schedule a complete hard drive scan, the only way to scan a folder was to drag and drop the folder icon onto the program’s icon in the Finder.

Don’t forget to include external hard drives in your plan.  You do have an external hard drive to back up your computer’s hard drive, don’t you?  For $100 to $150 these days, it is cheap insurance against a drive failure that WILL happen.  If you NEVER put any files on an external drive until they have been scanned on your main drive, or use it just for backups, you may not need to scan it – but I would once in a while, just to be sure.  Again, scan folders rather than the entire drive.

Please leave any thoughts on this procedure so we can expand on all our knowledge.  Thanks, Ray. 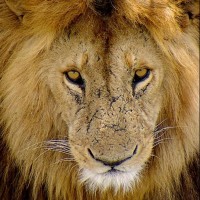 To facilitate my scheduling of the many scans involved, I used a spreadsheet template based on an hourly calendar for a full week, Sunday to Saturday. Opening this template in my spreadsheet program, I found that it only provided spaces from 8:00 am to 4:00 pm. It was an easy matter to extend the number of rows to 24 so I would have a set of rows for 12:00 am through 11:00 pm, for each day of the week. In a second sheet, I listed the path of each folder I scanned, the scan name, the times it was run and how long it took to run – gained through a look at the logs. This information can be used to modify any scans taking too much, or too little time.

I had originally used Avast free Anti-Virus on my iMac, but moved to Sophos because Avast did not have an ability to run on a schedule. Sophos alienated me because it was always downloading and, in spite of my efforts to mitigate the system impacts as discussed in this post, seemed to bog down my system unmercifully. Also, I read a post about the tremendous number of files that Sophos installed throughout my system. EasyFind showed me well over 20 system files, and 13 were left when I used the uninstaller to remove Sophos (although many of them were log files). I am looking at Avast again as it may have added a scheduling function, then may try Comodo. I’ll let you know.